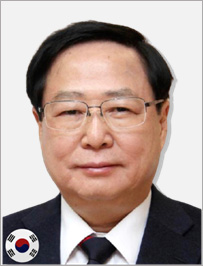 Dr. Jae-Yoon Chung was a Professor of Orthopaedic Surgery at the Chonnam University Medical School from the year 1991 to 2015. In the year 2015, he was awarded the title of Professor Emeritus from the Chonnam University Medical School for his incredible contribution to its department. He is currently the Director of Spine Centre at the Gwangju Hyundai Hospital.

He is renowned in Asia and other continents for his enthusiasm in teaching young surgeons through teaching programmes, including live operative demonstrations and lectures. Besides active participation as faculty in operative courses and workshops, he was able to channel his passion through the role as the Editor-in-Chief in the Asian Spine Journal (ASJ) and the Journal of Korean Spine Society from the year 2006 to 2014.

With his great devotion to education and effort to improve orthopaedic surgery, Dr. Jae-Yoon Chung has earned respect and appreciation from the young surgeons, especially his fellow spine faculties.

Dr Jae-Yoon Chung is the Society’s first Honorary Member and became the first member to also be conferred APSS Orator during the APSS Annual Meeting 2022 with Live Operative Course held in Coimbatore, India.

Write to us for further Information: